Ukraine and Russia in their historical encounter 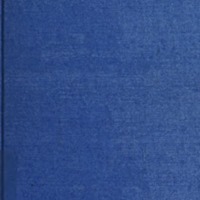 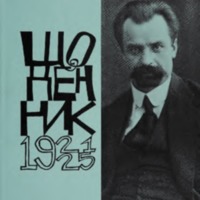 An excellent primary source for the study of the political and cultural climate of Eastern and Western Europe from 1921 to 1925. Living in exile in Europe, Vynnychenko recorded his extensive interaction with West European cultural figures, as well as…
Author: Volodymyr Vynnychenko Tags: Alexandr Motyl, Hryhoriy Kostiuk, Volodymyr Vynnychenko 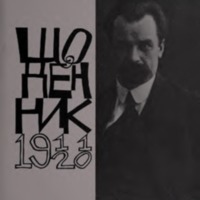 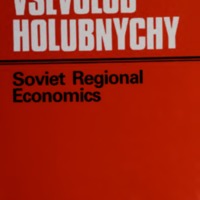 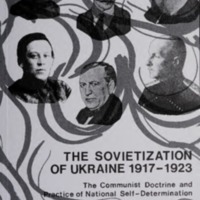 This work concerns the Bolsheviks' theory and practice of national self-determination with regard to Ukraine from the outbreak of the revolution in 1917 to the creation of the Soviet Union in 1923. In addition to presenting a detailed account of the…
Author: Jurij Borys Tags: 1917–1923, Jurij Borys, Sovietization, Ukraine 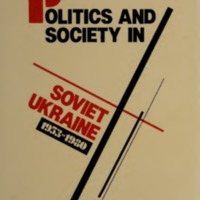 Based on meticulous study and analysis of Soviet sources, particularly the Soviet press, it encompasses Soviet Ukraine from the death of Stalin to Shcherbytsky's rule as first party secretary. A final chapter on society examines economic aspects,…
Author: Borys Lewytzkyj;  having emigrated to Munich after the war;  became co-editor of the UDRP organ Vpered (Foreward) from 1949 to 1956;  contributing a variety of articles about life in the USSR. He was an advisor to the West German Social Democratic Party on Soviet affairs;  established his own research bureau in Munich;  and published many books on Soviet politics. Tags: 1953-1980, Borys Lewytzkyj, Politics, Soviet Ukraine 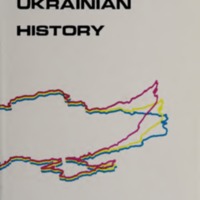 Political Thought of the Ukrainian Underground, 1943–1951 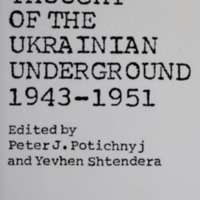 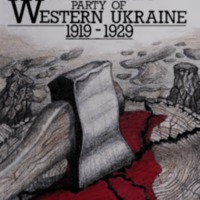 This authoritative study, first published in Polish as Komunistyczna Partia Zachodniej Ukrainy, 1919–1929 (Cracow, 1976), examines the development of the Communist Party of Western Ukraine from its inception in 1919 until 1929, when a major split…
Subject: Communist Party Author: Janusz Radziejowski (1925–2002);  historian;  was born in Kyiv and was a graduate of the University of Warsaw. He studied under the eminent Ukrainian historian Mykhailo Slabchenko and published widely on twetieth-century Ukrainian history. He was involved in underground publications;  particularly the journal Krytyka;  and helped with the preparation of underground Polish edition of John Armstrong'; s and Alexander Motyl'; s books on Ukrainian nationalism. Tags: Communist Party of Ukraine, Janusz Radziejowski

Church, Nation and State in Russia and Ukraine 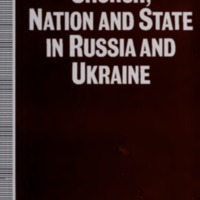 Christian Social Ethics in Ukraine: The Legacy of Andrei Sheptytsky 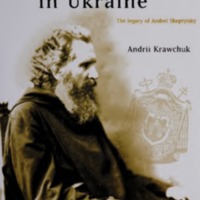 In the first half of the twentieth century, Christianity in Europe faced an unprecedented range of social, economic, and political issues that challenged the very essence of the faith. In response to the rise of socialism, the struggle for political…
Subject: Religion Author: Krawchuk;  Andrii Tags: Andrei Sheptytsky, Andrii Krawchuk, Christian Social Ethics, Ukraine

The Tsymbaly Maker and His Craft: The Ukrainian Hammered Dulcimer 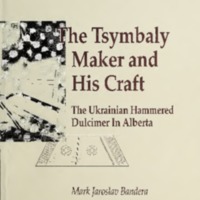 The Emergence of Ukraine Self-Determination, Occupation, and War in Ukraine, 1917–1922

New Contributions to the History of the Ukrainian Language 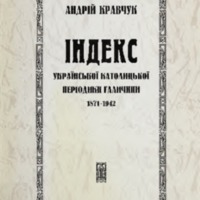 The present index is an attempt to contribute to the renewal of religious scholarship in Ukraine. With more than 8,000 entries and cross-references, it presents the collective output of nineteen Ukrainian Greco-Catholic journals and almanachs over a…
Subject: Religion and Culture Program Author: Andrii Krawchuk Tags: Andrii Krawchuk, Ukrainian Catholic Press 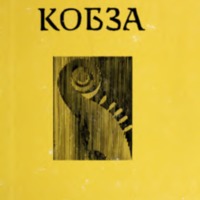 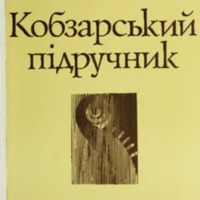 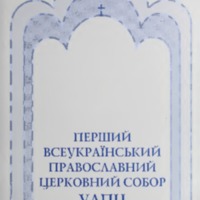 The publication of the proceedings of the first Council of the Ukrainian Autocephalous Orthodox Church, which was held in Kyiv in October 1921, contains the previously unpublished proceedings of the ecclesiastical council that laid the foundations…
Subject: Church in Ukraine Author: Plokhy;  S.;  Sokhan;  P.;  Yakovlyeva;  L. Tags: Religion, Religion and Culture Program 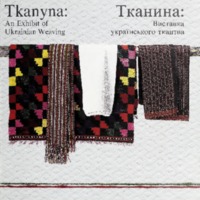 This is beautiful title contains a parallel bilingual English-Ukrainian text and includes colour photographs of Ukrainian textiles and weaving artifacts displayed at the Ukrainian Cultural Heritage Village near Edmonton in 1988. 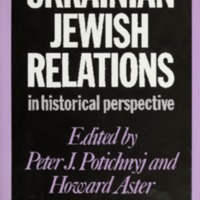 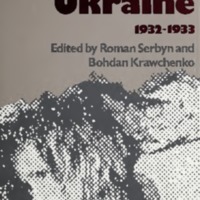 The Soviet Man-made famine of 1932–3 in Ukraine claimed the lives of millions of people, yet until recently it has remained veiled in obscurity. This pioneering volume, which appeared before the publication of Robert Conquest's Harvest of Sorrow and…
Subject: Holodomor (Famine in Ukraine) Author: Serbyn;  Roman;  Krawchenko;  Bohdan Tags: Bohdan Krawchenko, Famine in Ukraine, Holodomor, Roman Serbyn 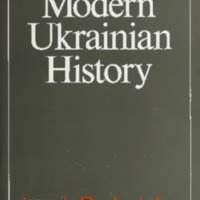 A collection of twenty-three essays by Ivan L. Rudnytsky, a leading historian of modern Ukraine noted for his original interpretation of key issues in modern Ukrainian history.

Ukrainians of the Eastern Diaspora : an Atlas 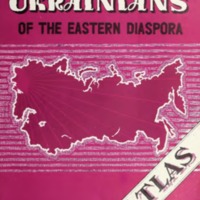 The atlas Ukrainians of the Eastern Diaspora is the first such publication concerning Ukrainians living outside their ethnic territory and scattered throughout the Russian Empire and the Soviet Union during the course of the last century. The Soviet…
Subject: Diaspora Author: VSEVOLOD NAULKO IHOR VYNNYCHENKO ROSTYSLAV SOSSA Ttranslated by Serge Cipko and Myroslav Yurkevich Tags: Diaspora, Ukrainian Abroad

Morality and Reality: the Life and Times of Andrei Sheptytsḱyi 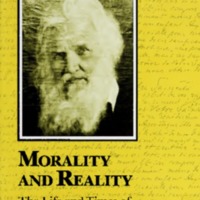 Chernobyl and Nuclear Power in the USSR 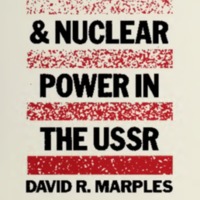 Chernobyl and Nuclear Power in the USSR provided the first detailed account of the Soviet nuclear power industry and of the nature, impact and consequences of the Chernobyl (Chornobyl) disaster of 28 April 1986. Marples places the Chornobyl accident…
Subject: Chernobyl Author: David R. Marples Tags: Chernobyl, David Marples, History of Ukraine 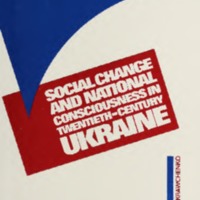 These memoirs cover more than half of a century - from the end of XIX c. to the beginning of the 1950s, which was a turbulent time marked by three revolutions and the two World Wars. Ukraine has gained and lost its brief independence, went through…
Author: Ivan Kozub Tags: Ivan Kozub, Memoirs

This book is dedicated to political and social work of one of the most prolific members of the Zionism movement, born in Ukraine, Vladimir Jabotinsky (1880-1940), and his close connections with Ukrainian liberation movement.
Author: Israel Kleiner Tags: Israel Kleiner, Jews, National Question, Ukrainian-Jewish Relations, Vladimir (Zeev) Jabotinsky, Zionism

Loyalties in Conflict: Ukrainians in Canada during the Great War

This collection of eight essays provides a detailed examination of the wartime experience of Canada's Ukrainian community. Chapters include: The Internment of Ukrainians in Canada The Enemy Aliens and the Canadian General Election of 1917 The…
Author: Frances Swyripa;  John Herd Thompson;  eds. Tags: 1914–1918, Ukrainians in Canada, World War I

Ukraine and Russia in their Historical Encounter

З мого життя / From My Life 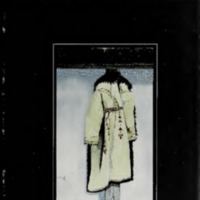 Recollections about the Life of the First Ukrainian Settlers in Canada

Prophets and Proletarians: Documents on the History of the Rise and Decline of Ukrainian Communism in Canada

Continuity and Change: The Cultural Life of Alberta's First Ukrainians

Ethnicity in a Technological Age

Galician Villagers and the Ukrainian National Movement in the Nineteenth Century

This first case study of how the East European peasantry was drawn into national politics focuses on the Ukrainians of Galicia (1772–1914). On the basis of first-hand testimony by peasants and rural notables, it demonstrates that the peasants'…
Subject: History of Ukraine Author: John-Paul Himka Tags: Galicia, John-Paul Himka, Nationalism, Peasants, Ukraine

Development in the Shadow: Studies in Ukrainian Economics

The Russian occupation of Ukraine under the tsarist and communist regimes exerted a decisive influence on the development of Ukrainian economics. The present collection of essays, written over a ten-year period, explores some of the pertinent issues.…
Subject: Modern Ukraine Author: Iwan S. Koropeckyj Tags: Economics, Iwan S. Koropeckyj, Ukraine

Ukraine: From Chernobyl' to Sovereignty: A Collection of Interviews

The successes and failures of Shcherbytsky's mission represent the major theme of this collection of essays. which deals with the national question, dissent and opposition, literary politics, the economy, and ethno-demographic trend.
Subject: History of Ukraine Author: Bohdan Krawchenko Tags: Bohdan Krawchenko, Ukraine

The Tsymbaly Maker and His Craft: The Ukrainian Hammered Dulcimer

Identifications: Ethnicity and the Writer in Canada

This book presents eight selected papers from a conference held in Edmonton in 1979, that examined the relationship between ethnicity and the works of selected writers in Canada.
Subject: Ethnicity Author: Jars Balan Tags: Canadian Ukrainians, Ethnicity, Jars Balan, Literature

Ukrainian Canadians: A Survey of Their Portrayal in English-Language Works

Unless otherwise noted, this work is subject to a Creative Commons Attribution-NonCommercial 4.0 International license .